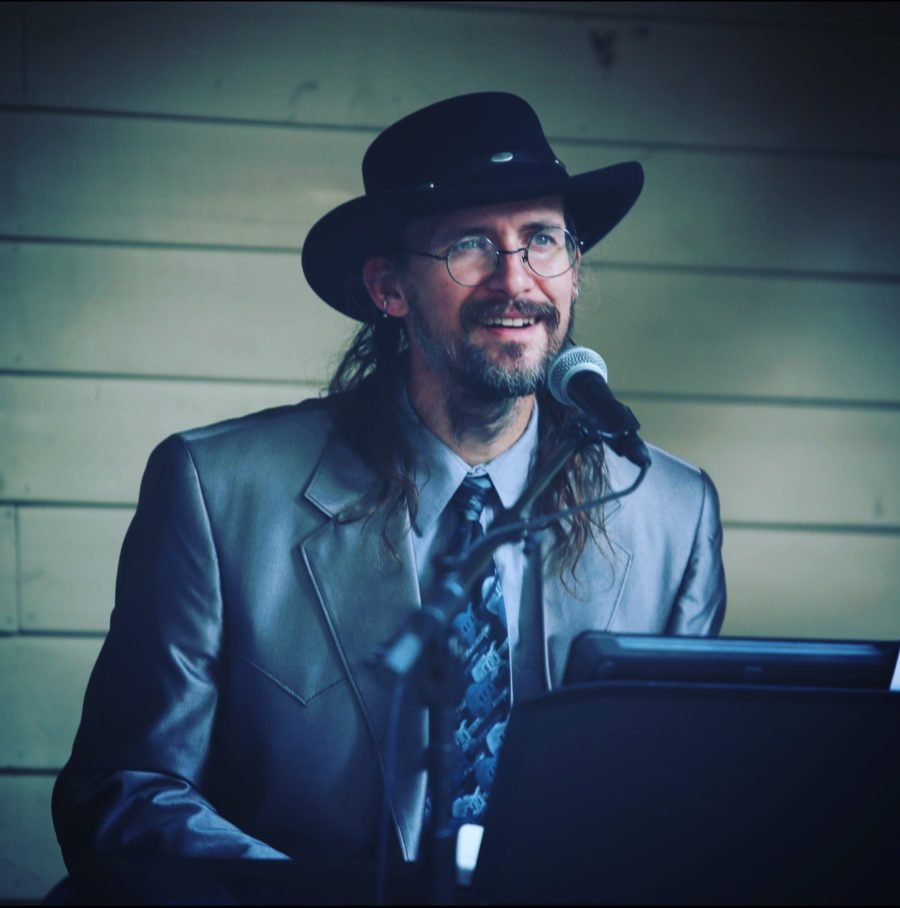 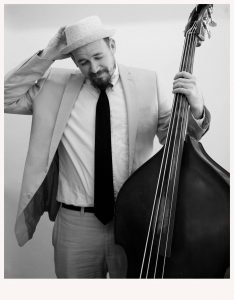 I’m a musician, artist, and technologist.

I’ve been playing music my entire life. If I had to guess, I’ve played multiple shows with between 50 and 75 groups at one time another, but that’s reaching all the way back to my high school marching band and such.

Many of the folks I’ve been lucky to play with are folky singer songwriters. For much of my career, I’ve been a side guy adding upright bass or pedal steel to round out the sound of other musicians. I’ve played hundreds of shows backing up “poets with guitars”, and that is one of my favorite ways to make music. I come from Texas, and that tradition made most famous by Townes Van Zandt and Guy Clark is still alive and kicking there. The Kerrville Folk Fest is a major touchstone in my life and I’ve been working on the stage crew for that event for more than a decade.

I’ve also played a lot of the blues that is popular in that part of Texas. Playing with folks who are twice my age has been one of the most enlightening and fortunate experiences of my life. I’ve worked with blues guitarists like Mark Benno, Graham Warwick, and John Sprott and dozens of other musicians, all coming out of a blues tradition that pulls its roots from people like Spot Barnett or Lightning Hopkins. These folks also have a firm basis in the Texas garage/psych rock scene, and I’ve spent a lot of time on stage with former members of the 13th Floor Elevators. Much of the music I enjoy playing lately are piano blues tunes that I picked up while gigging with these folks.

That blues has become more and more inflected with jazz over the years. On one hand, I was fortunate to find some gigs with the Lonestar Swing Orchestra, where I played both double bass and piano while backing up a 25-piece Duke-Ellington-Style jazz band. On the other hand, I spent a whole lot of time playing Western Swing, working with the Dirty Rotten Swing band and it’s note-for-note renditions of Johnny Gimble and Bob Wills tunes; those deep-in-the-heart of Texas tunes will always be deep in the heart of me.

These older forms of music have also been incredibly helpful in my development as a musician, but I can’t ignore the fact that I was raised in a home filled with experimental electronic music. My parents met in music school, and my dad had built an early modular synthesizer. This influenced me to make several experimental electronica albums of my own back in my early 20s. To this day, I still make a lot of bloops and beeps, and spend a lot of my time hunched over a sampler.

Recently, I have relocated to Durango, Colorado. I’m not wholly sure what my musical life will look like here, but I can say that the reason I have stayed was finding close musical comrades in Don Cooke and Marc Katz. We recorded an album in late 2020, and are still picking when we can. While I can’t say what my future holds, I’m currently working with several groups of musicians and hope to be able to offer country, blues, and jam band shows in 2022 and 2023.