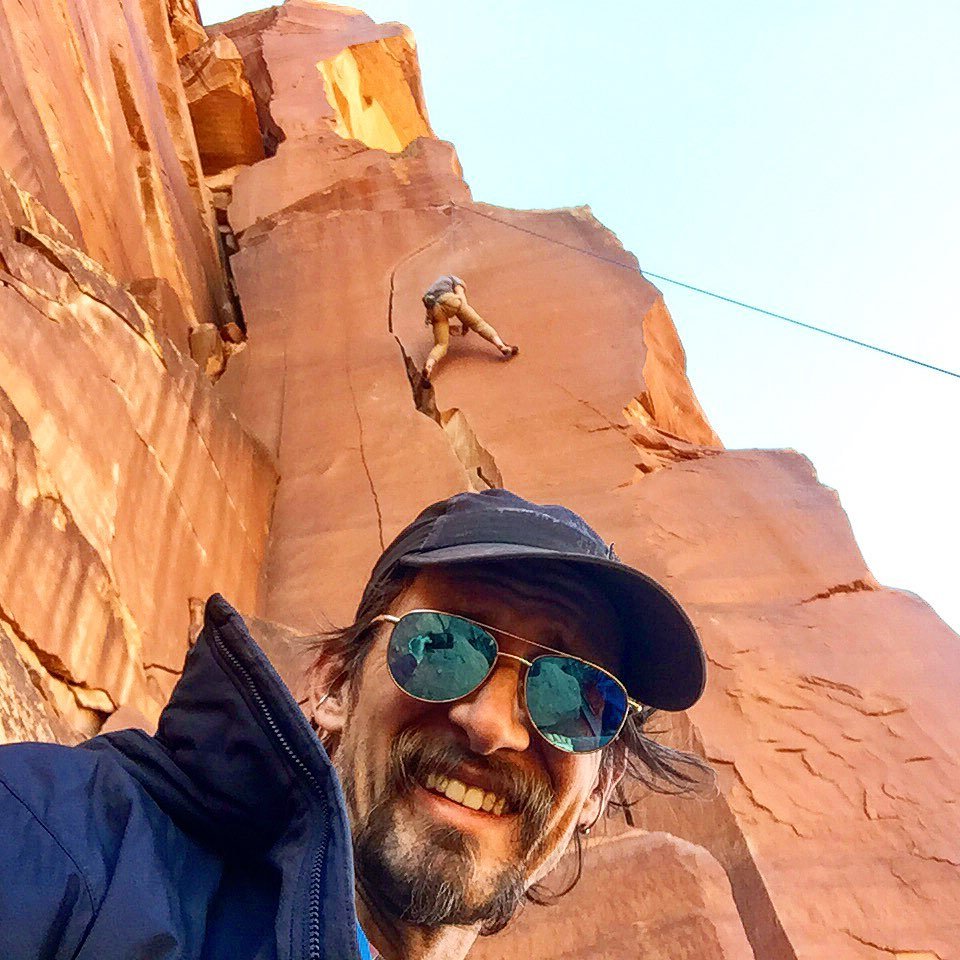 So, here’s a question I saw on mountainProject… it’s related to something I struggle with so I wrote out some thoughts to help with my process of working on the issue:

So my head game has been pretty awful lately, and the usual tricks of fall training don’t seem to be helping. I’m wondering if I might be experiencing a bit of climbing related PTSD, as it started after two events occurred within a relatively short time frame:
1) A friend died in a climbing accident
2) I almost decked from pretty high up in the gym.

Ever since, I’ve been having a hard time overriding the fear of falling. Oddly enough, my moderate trad game is still ok – I’m fine running it out and even soloing easy terrain, but as soon as I get into hard or insecure climbing where I feel like I might fall, I shut down.

Doesn’t matter if it’s gear or bolts – actually, I’m more comfortable on gear right now, because I can choose when to place pro and generally trust my placements, plus the fact that I had a close call in the “safe space” of a climbing gym with bolts has killed my sense of invulnerability on bolts.
Any advice? Has anyone run into similar problems after a close call/accident or witnessing something traumatic? If so, have you been able to bounce back from it, and how?

Being able to climb just fine at lower grades where a fall is super unlikely resonated well with me… and feeling super gripped when a fall becomes a possibility is also a feeling that I’ve been trying to process.

Not because of any specific trauma, but just cause that’s how I feel.

So if people feel like that, then that feeling seems like a super normal thing to me. I dunno if hearing that helps, but maybe it’s useful (or at least, that’s my motivation for writing that out).

I’ve been very much on the fence about how to deal with that “problem” and wondering if it is even really a problem. It’s possible that I could just progress so slowly and methodically that everything I climb feels like I’m on the well-protected 5.8 stuff I’ve been doing the last couple of months. Part of me thinks that hangdogging my way up routes isn’t great, either.

At the same time, that doesn’t seem like a very easy way to progress… if I want to lead some of the climbs I have been doing on toprope, I think that I’m going to have to learn how to trust falling just because they are hard for me.

I’ve mostly been doing a lot of easy trad, because even though I’ve been climbing off and on form about 25 years, it’s only been about the last year that I’ve gotten “serious” about it. So I never really fall. A really common feeling is getting to an anchor right before getting lowered of… reviewing my knot an harness and being worried that I messed something up there because I haven’t had to trust it in any sense until I am on top of the climb.

But I get pretty scared when leading at levels where I might fall, even stuff I know I can hike if I were on toprope. Even on bolts.

So to return this to the question in the OP:

I don’t like to fall… but I took a couple small falls this weekend just to see how it went on really trivial safe stuff at Indian Creek, where the placements are obvious and the consequences of a fall are typically very small. I would have prefered not to fall, but I am still learning crack climbing techniques so even the “easy” 5.10 splitter stuff is still hard for me. That was enough progress for me that that couple of falls I took Friday were enough for me to be okay toproping stuff for Sat/Sun. But I feel marginally better about falling. I will keep on trying to lead when I can and putting myself in situations where I have to lead, and just understand that I am going to have to fall, and that the more I fall the more comfortable it will feel.

It seems like a long process, but knowing that it is a process and that it will certainly lead to a place where I am climbing more interesting-to-me climbs makes it feel worthwhile. But I’m thankful that it is a process that I can pace at whatever I personally feel comfortable.